What Is iGaming Fraud?

iGaming fraud affects online casinos, betting shops, iGaming sites and similar operators. Fraudsters and iGaming companies are in something of an arms race, with fraudsters trying to find loopholes before these companies can close them or spot them so that they can restrict their accounts. Some cases of iGaming fraud – such as in the case of collusion – are difficult to spot, and so iGaming companies often require the latest fraud prevention software to spot suspicious activity.

What are the types of iGaming fraud?

Fraudsters usually attempt to exploit the terms and conditions of a game, abuse bonuses or find other ways of cheating at games. Some ordinary players might unwittingly commit grey area fraud but some cases are clearly fraudulent (and intentionally so) – such as in the case of creating multiple accounts. When iGaming companies have the option of signup bonuses as a marketing incentive, for example, fraudsters might go to the effort of creating multiple accounts, so that they can claim multiple bonuses (and even profit from them by playing low stakes games using them). Fraudsters (or genuine players) might cheat at games using exploits specific to them. You might spot them using chip dumping during poker, which involves intentionally letting another player win so that they can move money from one account to another – this is usually the sign of shady activity.

What are the Challenges iGaming Companies are facing with fraud?

Casino Abuse in the Form of Promo abuse

It’s not just signup bonuses that are at risk of abuse. There are other forms of promo abuse that fraudsters can take advantage of too, such as referral fraud or trial scheme rewards. Fraudsters might claim multiple referral bonuses by creating multiple accounts via the referral system. Trial scheme rewards can be abused by fraudsters too via a similar method – by gathering gifts and vouchers via multiple accounts, they can then resell these on to other players in order to make money.

Self-exclusion fraud – What is it & How it’s Affecting iGaming

Another problem for iGaming operators is self-exclusion fraud. Self-exclusion is available to customers for instances when they feel like they can’t control their gambling habits and need the operator to exclude them for the service – it’s a legal requirement. While this is usually for the benefit of genuine customers, it’s quickly becoming a new target for fraudsters..  So, how does self-exclusion work? Usually a criminal will create fake accounts and attempt to self-exclude them when they make losses. First, they’ll create an account and then self-exclude it. Then, they’ll find a way of opening a second account. Using this, they’ll max bet on games where they are likely to lose a lot of money. When they lose, they attempt to get a refund from the operator by claiming that their self-exclusion has not been respected. Because of this loophole, companies have to follow self-exclusion regulations set in their own country to show that they can stop this from happening. In fact, Skybet had to pay a £1m penalty after they had failed to take responsibility for self-exclusion fraud on their site – and also caused additional problems for genuine users looking to self-exclude. Weaknesses to their self-exclusion facilities (that made them open to fraud) meant that 736 users were able to open duplicate accounts in order to gamble after self-excluding, plus 36,748 self-excluded customers did not receive their funds once they had closed their account.

The Issue of Payment Fraud

Payment fraud is an umbrella term for any fraud that involves using stolen credit card information, or phone top up abuse. The fact that you can withdraw and deposit funds from an iGaming e-wallet makes it open to money laundering. Some fraudsters will use a customer’s stolen credit card details (perhaps purchased on the dark web for example) in order to deposit funds (and potentially gamble with them on low stakes games to attempt to make additional money). Additionally, victims of a stolen credit card will likely claim chargebacks if their money is deposited fraudulently into a wallet – they will open a case saying that they did not make the payment. The operator then has to refund the victim, meaning that they lose this money plus a chargeback fee that covers the cost of administration.

As they cant rely on Google Ads to advertise their product, iGaming operators often have to use affiliate marketers in order to attract new customers. However, some affiliates are not always legitimate, instead exploiting pay-per-lead or pay-per-click partnerships in order to claim money from operators. This can involve generating false traffic using bot account networks, or using browser extensions planted on a victim’s computer in order to redirect them to the iGaming site without their permission. These tactics can all make it seem like the affiliate is generating legitimate traffic, but really, it’s not genuine — by the time some iGaming operators catch these fraudsters, they have already paid out vast sums of money for their partnership.

When a fraudster targets weaknesses within particular games, this is known as “game specific fraud.” Match betting is one example that’s not fraudulent but a clear problem for iGaming operators, as involves using bonus offers and mathematical probability calculations in order to skew the game in favor of them rather than the house. This can actually turn fraudulent when betters work out that they can use multiple accounts to increase their winnings when it comes to these games. One way they do this is by pretending these accounts are owned by friends or family – this process is known as “gnoming.” Chip dumping, previously mentioned above, can also be a way that fraudsters can shift money from one account to another by losing vast sums of money to this account (in for instance a game of poker.)

While fraudsters exploiting iGaming operators might be difficult to catch, there are ways to spot them and ban them before they cause real trouble. IGaming fraud detection and iGaming fraud prevention software like device fingerprinting and validation tools are some options currently on the market.

A user’s phone or computer (that they use to access a site with) can tell you a lot if you know how to look – such as whether they’re using an emulator, or covering their tracks with a VPN. If they’re using either of these tools, you’re right to flag them as suspicious, as these are frequently used by fraudsters looking to hide their identity – particularly when creating multiple accounts. These fraudsters in particular are also more likely to rely on laptops or desktop computers as they allow them to access tools like auto spin features. Combined with a lack of phone or email history, these clues strongly point towards a suspicious player and multi-accounter.

Phone number validation and profiling (via a phone number lookup tool) can be used to check whether a number is real or is on a pre-existing blacklist. Some clues that a phone number belongs to a suspicious user are if it’s disposable or not connected with messenger apps. Fraudsters are less likely to use a real number, or use messenger apps so that they look like they’re a genuine user. Phone analysis can also flag up whether that phone number comes from a burner app – which allows a user to generate multiple phone numbers on one phone (a potential favorite of multi-accounters).

Email detection and validation tools can also help verify breaches and spot whether customers are legitimate. If you find out a customer’s email address domain, that’s suspicious. It’s also far less likely that they’ll register social media accounts with that email address – email lookup tools can help you find out whether a user’s email is linked with a history of social media accounts. 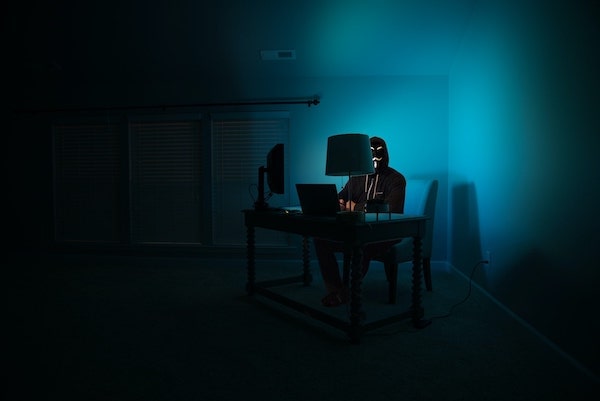 Discover What It Takes to Prevent Bonus Abuse/Bonus Whoring When new users sign up to a gaming website, they usually receive a bonus or marketing…